Broadview magazine states, it drew "widespread praise for its honest portrayals of queer and trans people" and won many Canadian awards.

Watching the 2021 episodes, I found myself laughing out loud. Check it out at https://gem.cbc.ca/media/sort-of/s01 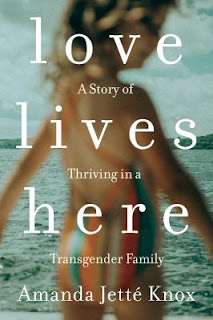 love lives here, A Story of Thriving in a Transgender Family.
By Amanda Jetté Knox

This is the story of a family of five living in Kanata.  Amanda Jetté Knox writes with honesty and sincerity about her family and how they are thriving because they “lead with love”.

Her book is a very easy read and has broadened my understanding of people who are transgender in the hope that I may learn to live up to Kanata United’s commitment of being a caring and inclusive community.

I highly recommend love lives here. It is suitable for young adults and adults. It is available in the church library and from the Ottawa Library 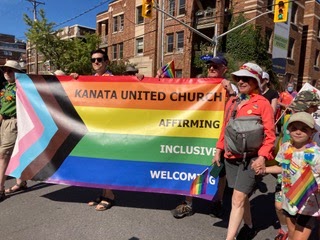 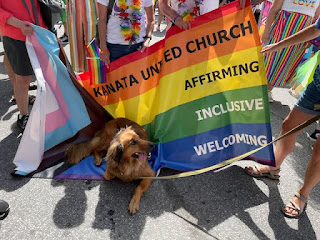 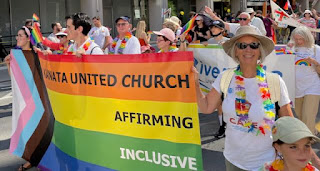 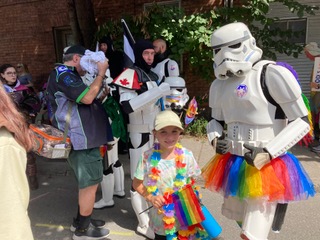 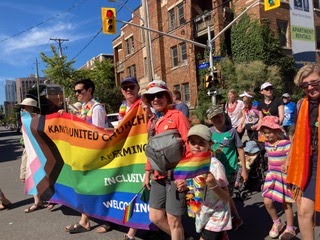 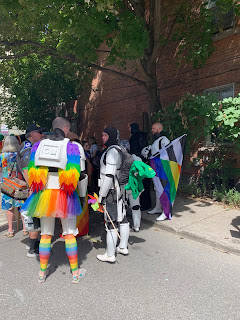 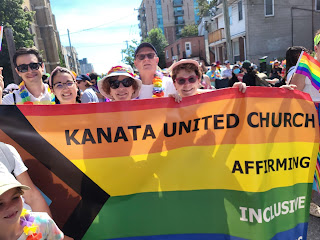 Once again, folk from Kanata United walked with other area United Churches as a show of solidarity with the LGBTQ2+ community in Ottawa. This is the third time we have participated in this event. It is a great way to publicly affirm our beliefs.

Pride parades are very upbeat, loving, and fun activities. If you have never been, think about joining us, next year.

Email ThisBlogThis!Share to TwitterShare to FacebookShare to Pinterest
Labels: Pride 2022

Trying to Turn Back The Clock

On March 14, Affirm United asks Affirming congregations to take part in PIE Day. PIE stands for Public, Intentional, and Explicit in our support of all people.

It is interesting that in the last couple of weeks, some American states have been working to turn back the clock and force young LGBTQ2+ individuals to hide who they are.

The Florida "Don't Say Gay" law has been featured prominently  in the news lately. Here is a balanced view of what it says:

Many young children come from families where their siblings, parents, aunts and uncles,  even grandparents are gay. What would educators be doing to these little people, in denying the existence of their family? What are they doing to students who are gay?

In Texas and many other states, legislators are trying to ban access to gender affirming medical treatments for transgender youth. Texas has gone so far as to call obtaining medical treatment for your child "abuse", threatening to seize children from their parents.

As Affirming Christians, we need to protect all children from those who would try to prevent them from becoming who God meant them to be. We must be public, intentional, and explicit in telling those in authority that we want a world where all children are safe to explore who they are and who they can become. 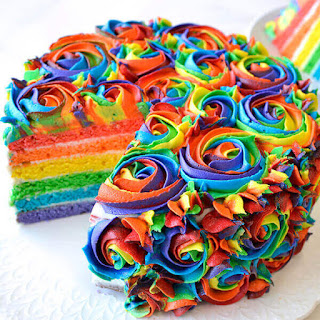 On December 19, we will hold a service of celebration, both in person, in the sanctuary, and on Zoom, to mark the start of our Affirming Ministry. We are inviting other Affirming Congregations to join us. We will have a guest speaker, special music, and we will receive our certificate, designating us as a member congregation of Affirm United.

Unfortunately, the cake will have to wait ( we are hoping it can be part of our Pride service in June).  So here is a virtual cake, for now. If you click on the picture, it will take you to the recipe, if you would like to make your own.

Transgender Youth - In The News

Following is a link to the front page article of the Ottawa Citizen on Tuesday, October 19, 2021, “NEEDS OF TRANS YOUTH”.  In the article, Dr. Margaret Lawson, an endocrinologist at CHEO, draws attention to the need for timely mental health support for transgender youth.  She has been working at CHEO with trans youths for 16 years and notes that with greater support for trans youth they may have improved mental health as adults.
Trans youth need more timely health care, says Ottawa ...https://ottawacitizen.com › news › local-news › trans-yo…
On October 20th the front page article reported on a B.C. man traveling across Canada to protest hormone therapy for trans youth.  Ottawa Carleton District School Board advised the man would be demonstating at Broadview Public School.  Many parents, students and supporters for trans people turned out to reassure trans youth that they are loved.  Here is a link to the full article and a youtube interview with some of those in attendance.
https://ottawacitizen.com/news/local-news/trans-friendly-counter-protesters-drown-out-protester-at-westboro-school
at October 22, 2021 No comments:

Email ThisBlogThis!Share to TwitterShare to FacebookShare to Pinterest
Labels: In the news 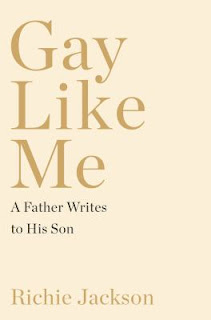 Richie Jackson and his first husband had twins boys by a surrogate mother.  They were born 3 months premature and one boy died.  Some years later the dad’s separated and Richie remarried Jordan.  Together they continued to raise their first son and then another.

This book is from Richie to their son explaining life in America from one gay man to another.  Their son is off to college and Dad wants to impart some knowledge to help along the way.

The writing is very honest and direct.  Dad is very proud to know his son is gay but wants him also to know that America doesn’t see him as an equal…yet.

I appreciated the honesty of this book and Richie’s spirited perspective.

Gay Like Me is available from the Ottawa Public Library.